Cop26 in a sentence: “If it’s not transformative it’s tokenism and there is no hope in tokenism” 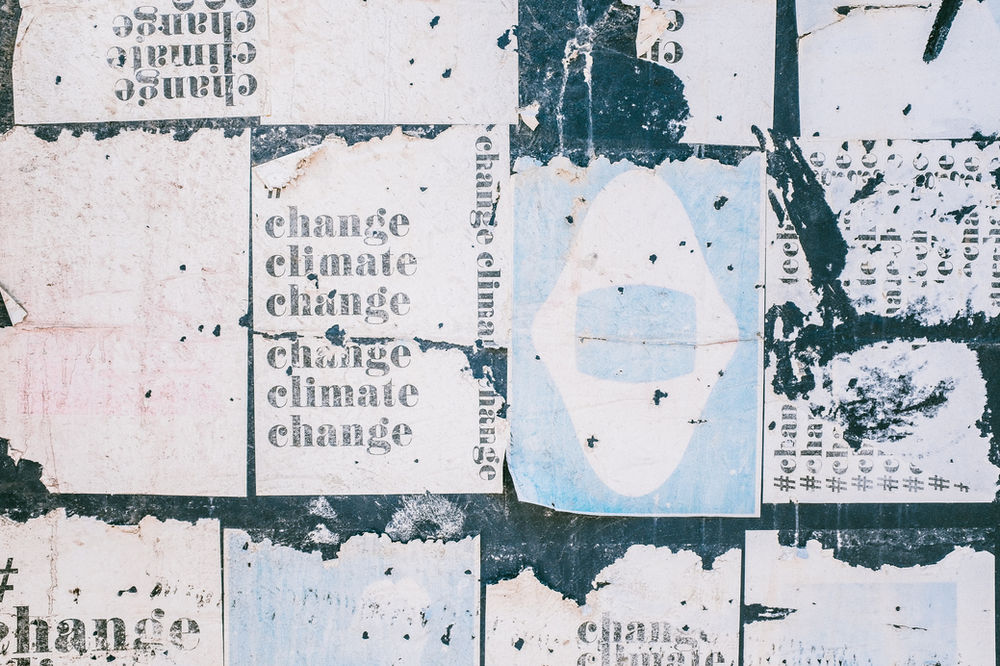 “If it’s not transformative, it’s tokenism and there is no hope in tokenism”

This quote is from Clover Hogan, one of the inspirational new breed of young climate activists, and founder of Force of Nature (at the age of 19). She found little reason for hope at Cop26, or the political and corporate tokenism it perpetuates.

Whether you see cause for optimism in the final Cop26 text depends on several factors, not least your level of cynicism and the extent to which you trust politicians and global gatherings of the great and good. Some take comfort from the recognition in the Glasgow Climate Pact of the need to stick to the Paris pledge and keep temperature rises below 1.5 degrees. Others highlight that current pledges (even if they’re stuck to) mean we’ll miss that by some margin.

We’re on course for temperature rises of at least 2.1 and possibly 2.7 degrees. As Supper Club member Paul Lewis  pointed out in a post-Cop26 blog, anyone who quibbles the significance of 0.6 degrees should listen to the Maldives’s minister for environment, climate change and technology, Aminath Shauna, who stated: “The difference between 1.5 and 2 degrees is a death sentence for us.”

Where does all this leave the founders of growing businesses?

1.Net Zero is the new norm: deal with it

Whatever you think of the Cop26 outcome, it has been hard to ignore. And, while the increase in such noise will lead to some extra greenwash, as more cynical brands jump on the bandwagon, it will drive a lot of positive action. Governments, business, the finance community, young and old, rich and poor can no longer claim they don’t know about the issues. One success of the UK’s leadership has been the relentless focus on getting media attention for Cop. Gathering the great and good together helps to draw this kind of attention. The whole shebang is now due to become an annual event, as Egypt next year hosts another attempt to “keep 1.5 alive”.  McKinsey has a great assessment of what it means to make net zero a core reality for business.

2. A focus on resilience is required as a minimum

The pandemic confirmed the importance of business resilience, and the value of being able to adapt and adjust quickly to changing realities. Cop26 has failed to deliver a knock-out blow to the climate crisis (it was never going to), but also hasn’t offered enough drastic actions to effect transformative change. This means “business as usual” for the foreseeable future will be business in the face of climate upheaval. Businesses will have to plan to be resilient to significant climate disruption. Whether that’s in domestic markets, or with customers or suppliers further afield, leaders will need to assess and address climate risks more seriously than ever and adjust their business plans accordingly, often at short notice.

3. Rethink everything to gain a competitive advantage

A general awareness of the need to act now on the climate crisis, as well as the idea of net zero being the new normal, means all businesses will start to act. Governments are starting to require transition plans to be reported on. In time, markets will level off as everyone becomes a climate champion. For now, there is an advantage to be had for those able to move quickly - and authentically - ahead of the pack. Most customers will respond positively to genuine pledges to be net zero or low impact. But transparent and accurate measurement and reporting will become increasingly important.

Supper Club member Geoff van Sonsbeeck , Founder and CEO at Baukjen & Isabella Oliver was at Cop26 to collect an award. His acceptance speech contains one very powerful revelation in particular. The result of the firm reducing emissions by almost 50% has been to boost profits more than five times. Done well it makes sense for profit, people and the planet.

4. Think about the full range of what it means

This triple-bottom-line approach is at the heart of B Corp. Several Supper Club members are either already certified or are actively pursuing B Corp. We ran a session with Seismic on the process of B Corp and the importance and impact it can have. There is another session coming up on Friday 3 December. Seismic’s CEO, Paul Lewis sees actions required as wide and deep, but also vital.

“For those in the business community, it is clear you will need to slash emissions this decade, driven by your scope three stakeholders - suppliers, employees, and consumers. Your moral and social licence to operate is contingent on this. Your customers, staff and shareholders are ready to vote with their feet and their wallets. They will not need to wait for government commitments or pledges to make their choices.”

5. Measure what matters for the climate and set pay on it

The old adage goes that what’s measured is what matters, but how about going one step further and tying CEO pay, or indeed all bonuses across the business, to the long-term sustainability plans of the business? Better still, set some realistic and meaningful "green KPIs" and base bonus payments on these. There’s a fascinating trend, as discussed in this long read from the FT to do exactly this.

6. Let the voices of the young people guide your actions

And if you are at any point unclear either what needs to happen or why you’re doing all this, let this impassioned speech from Clover Hogan at Force of Nature explain why. As she explains, the growing eco-anxiety that young people are feeling doesn’t stem from the enormity of the climate crisis challenge, or the scale of disasters they are already living through, but from the perceived inaction of world leaders in the face of this crisis.

Hogan also sees reasons for hope, not least in the actions and voices of young people. But, for anyone seeking positives from the Cop26 outcome, she has a warning, “Do not find hope in corporate greenwash or in future commitments so far into to the future they do not require any immediate action. If it is not transformation, it is tokenism and there is no hope in tokenism.”