Four blockchain trends that every entrepreneur should know about 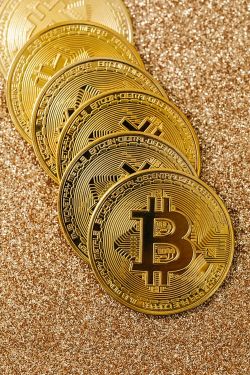 Blockchain is a technology that is finally hitting its stride. In this blog post, we will look at four applications of blockchain that are shaping the future of finance.

What do these three events have in common?

They are all connected by the blockchain.

The blockchain, for the uninitiated, is best known as the digital infrastructure that sustains cryptocurrencies like Bitcoin. But it is much more than that: it is a ledger upon which any online transaction can be indelibly etched.

Blockchain has been around for almost 13 years yet many people still dismiss it as a solution in search of a problem. Others believe it is a wasteful technology, and point to recent statistics that show the extraordinary amount of energy being consumed by bitcoin and blockchain mining. According to Digiconomist, a single bitcoin transaction uses approximately 707.6 kilowatt-hours of electrical energy; the same amount of electricity consumed by the average household in the US over 24 days.

While these points are valid, we must not forget that the simple existence of the blockchain has created a paradigm shift at the intersection of technology and finance. It has taken these two worlds by storm and – I believe - changed them for the better. Blockchain and cryptocurrencies have given rise to an entirely new “decentralised” asset class, which has no intermediaries to control it. The value of this nascent market? Right now, we’re talking a market cap in excess of US$2 trillion.

Progress has not been straightforward. Blockchain has been held back by legacy ideas and traditions. It is a typical example of “skeumorphism”, which is when something designed for the digital realm closely resembles its analog counterpart. An easy example of this is the recycle bin on your laptop – on most machines, it looks like a real-world wastepaper basket, even though there’s no real reason that it should. When newspapers first launched their digital counterparts, they closely resembled the printed media, even though the web was a whole new interface where any design was possible.

Things are now changing and we are seeing major advancements within the blockchain industry. This revolution was kickstarted by the launch of Ethereum, which is now the second largest cryptocurrency by market cap, and the creation of the Smart Contracts platform (a Smart Contract is a self-executing program that runs on a blockchain network rather than a centralised server like AWS or Google Cloud).

So where next for the industry? Here are the biggest trends in blockchain right now, and the game-changing ideas and applications of the future.

Decentralized Finance – or DeFi – is a blockchain-based form of finance that does not rely on the traditional financial intermediaries to function, so no banks, brokerages or exchanges. Instead, DeFi protocols are encoded and enforced through a set of Smart Contracts. The conditions are written into code when buyers and sellers agree to transact. This means that complete strangers can do deals in relative safety, knowing their transactions will always go through.

Through DeFi protocols, users can now invest their cryptocurrencies into various DeFi projects to earn interest. These interest rates can be astronomical, ranging from 6% to 10% per week and even higher in some cases. However, these insane interest rates are not going to be around forever. They are a result of the current hype around blockchain. These loans are usually over-collateralized and are mainly used as a speculative instrument, whereby investors choose to go long or short on a particular currency pair.

For instance, you could put up Ether (ETH) as collateral and borrow USD coin (USDC) - which is usually worth up to 75% of the ETH’s value in most cases. However, if the ETH price goes down and the ratio of collateralisation falls below the target, your position will be liquidated, and you will lose your ETH. This is done through pre-defined rules in the smart contract. These in-built safety mechanisms exist to protect the lenders although there are other ways in which they can lose their assets - if the smart contract is hacked, for example.

DeFi has also popularised an innovative concept called “yield farming”. You can lend the borrowed asset (USDC, in the above example) for a higher interest rate and make net positive returns. Many protocols also reward the lenders and borrowers in their native token (on top of the interest rate), which can appreciate over time. This makes yield farming highly lucrative to a lot of users. You can find out more about yield farming here.

DeFi projects and protocols can be broken down into these categories:

NFT stands for “Non-Fungible Tokens”. To understand this concept easily, we first need to understand the concept of “fungibility”. Investopedia defines it as: “The ability of a good or asset to be interchanged with other individual goods or assets of the same type.” For example, a US$100 note is always exchangeable for another US$100 note and, in the process; it does not lose any of its value.

On the other hand, non-fungible tokens are all unique and cannot be exchanged 1:1 for another similar item. For example, you cannot exchange one painting by Leonardo Da Vinci for another painting by the same artist. Each of these paintings is unique and has its distinct value.

While NFTs have been around for a few years now, they hit the mainstream in March this year when several digital artworks from Beeple were sold for millions of dollars. The respected auction house, Christie’s, conducted the auction in exchange for cryptocurrencies. The hype around NFTs may be overblown but some exciting applications are coming out of this boom, such as “generative art” and “living digital art”. Projects like Hashmasks, Art Blocks, and Avastars push the boundaries at the intersection of art, technology, and blockchain.

CBDC stands for Central Bank Digital Currencies. Several countries are trialling their own versions of CBDCs, with each at different stages of development. According to a CBDC report from the Bank of International Settlements, in 2019, at least 80 countries worldwide were working on some form of CBDC or another. Even the venerable Bank of England recently announced that it is seriously considering issuing a CBDC, which would exist alongside cash and bank deposits, rather than replacing them. Some countries, like the Bahamas and China, are at the forefront of this technology, having already issued national digital currencies that ordinary citizens can now spend; albeit in a limited number of applications!

It is important to note that a CBDC need not be a cryptocurrency. While several implementations have used blockchain technology or cryptocurrencies, it is up to the individual government to choose their own combination of technologies for their national currencies. There are several other factors to consider with CBDCs. Who will “own” and “issue” the CBDC? This is a major one. Is it going to be a central bank, such as the Bank of England? Or is it going to be one of the commercial banks, like Lloyds, NatWest or Barclays? Or will it be the payment providers like Visa or MasterCard? These are very complex issues and every jurisdiction will follow different models according to their local and geopolitical considerations.

Notwithstanding all these issues, it is just a matter of time before CBDCs are introduced on a broader scale worldwide. Over the next 10 to 20 years, we could find ourselves spending dollars and pounds as native digital currency. These CBDCs could end up programmed right into the Smart Contracts that run on different blockchain platforms.

Most of the online payment service providers (PSPs) such as Visa and Mastercard are experimenting with blockchain technology through their innovation labs. Most recently, Visa announced that it would use Stablecoins on the Ethereum blockchain for transaction settlements. The first stablecoin that they are accepting is USDC. This announcement led to a massive rally in the price of ETH, taking it to all-time highs!

One of the main attractions of using blockchain at the settlement layer is to reduce the clearance time from (T+2 days) or (T+3 days) to almost instantaneous. The delays inherent to the current process are not just due to technological challenges. There are also challenges around regulation and communication bottlenecks between the various parties in the ecosystem. Blockchain allows them to overhaul the whole system and bring it into the digital age, thus ushering in a new era of true global digital transformation.

Gaurang Torvekar is the co-founder and CEO of Indorse, a coding assessment platform, which helps brands upskill their software engineers. He has been working in the blockchain space for more than five years; this is his second company in this area.

He brings a unique perspective to the table - with deep technical expertise, combined with a keen sense of business and knowledge of the start-up scenes across India, Singapore and the UK. He aims to educate people about the intricacies of blockchain technology and the latest developments within the space, from DeFi to NFTs.